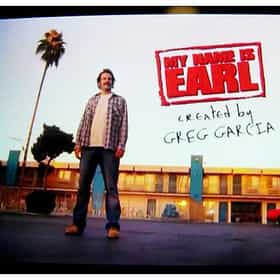 My Name Is Earl

My Name Is Earl is an American television comedy series created by Greg Garcia that aired on the NBC television network from September 20, 2005, to May 14, 2009, in the United States. It was produced by 20th Century Fox Television and starred Jason Lee as the title character, Earl Hickey. The series also stars Ethan Suplee, Jaime Pressly, Eddie Steeples, and Nadine Velazquez. Most episodes from the first season, then only a few from the rest, begin with Earl presenting the premise of the series: You know the kind of guy who does nothing but bad things and then wonders why his life sucks? Well, that was me. Every time something good happened to me, something bad was always waiting ... more on Wikipedia

lists about My Name Is Earl

My Name Is Earl is ranked on...

My Name Is Earl is also found on...