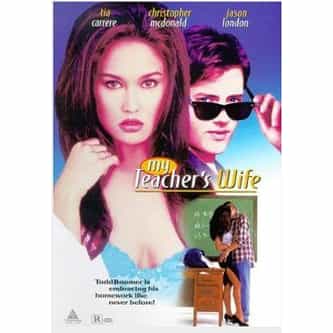 My Teacher's Wife is an 1995 teen sex comedy film directed by Bruce Leddy, and written by Seth Greenland. Originally titled "Bad With Numbers," the story follows the travails of Southport High School senior Todd Boomer whose lifelong dream of going to Harvard is derailed by his hard-nosed calculus teacher Mr. Mueller. When Todd enlists the tutoring help of the sexy and mysterious Vicki, things go from bad to worse. The film was shot in Wilmington, NC with a planned theatrical ... more on Wikipedia

My Teacher's Wife IS LISTED ON