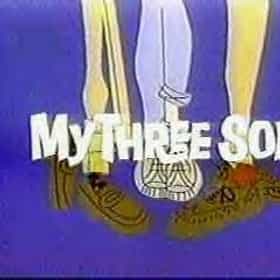 My Three Sons is an American situation comedy. The series ran from 1960 to 1965 on ABC, and moved to CBS until its end on August 24, 1972. My Three Sons chronicles the life of widower and aeronautical engineer Steven Douglas as he raises his three sons. The series originally featured William Frawley as the boys' live-in maternal grandfather, Bub O'Casey. William Demarest, playing Bub's brother, replaced Frawley in 1965 due to Frawley's health issues. In September 1965, eldest son Mike marries and is written out of the show; to keep the emphasis on "three sons", a new son named Ernie is adopted. In the final years of the show, Steven Douglas remarries and acquires a young ... more on Wikipedia

My Three Sons is ranked on...

My Three Sons is also found on...