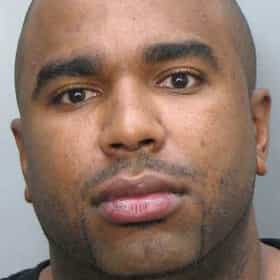 Victor Santiago, Jr. (born September 6, 1977), better known by his stage name N.O.R.E., or Noreaga, is an American rapper, actor, songwriter, and media personality. Santiago first rose to prominence as one half of the East Coast hip hop duo Capone-N-Noreaga (C-N-N), alongside fellow Queens-based rapper Capone. He would also have success as a solo artist with the singles "Superthug", "Banned from T.V.", "Nothin'", "Oye Mi Canto" and "Mas Maiz". Santiago has released music under various record labels, including Penalty, Roc-La-Familia, Def Jam, and Babygrande Records. In June 2011, it was announced Santiago partnered with fellow American ... more on Wikipedia

#222 of 508 People who voted for N.O.R.E.... are 7x more likely to vote for DMX on this list are 8x more likely to vote for Method Man on this list The Greatest Rappers Of All Time 6.3M VOTES Finally, a definitive list of the best rappers of all time, ranked by fans all over the world. From the early '80s to pres...
#120 of 142 The Best Hot Ones Guests Ever 20.7k VOTES Hot Ones is the show with hot questions and even hotter wings. Hot Ones has taken YouTube by storm, pitting various A-list c...
#12 of 37 The Best Spanish Rappers 2.7k VOTES These are the best Spanish rappers, ranked by fans. From some of the top Spanish rappers that are solo artists to others tha...
#40 of 61 The Best Reggaeton Groups/Artists 9k VOTES Blending Jamaican dancehall, soca and Latin hip hop, reggaeton has grown in popularity since the beginning of the 2000s. See...
Famous Vegetarians and Vegans 19.9k VIEWS Vegetarian celebrities, famous vegans, vegan celebrities and famous people who are eating vegetarian. You'd be surprised who...