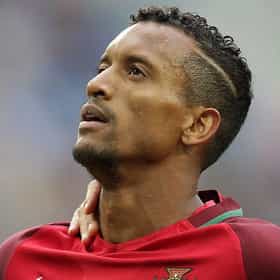 Luís Carlos Almeida da Cunha ComM (born 17 November 1986), commonly known as Nani (Portuguese pronunciation: [naˈni]), is a Portuguese professional footballer who plays as a winger for Orlando City SC in Major League Soccer. He represents Portugal in international football, and has played over 100 times for the senior national team. Although predominantly right-footed, he has been utilised on the left wing on many occasions. Nani was born in Amadora, Portugal, and is of Cape Verde descent. He began his football career playing for local side Real Massamá. At the age of nine, he began training with Sporting CP and S.L. Benfica on alternate days, eventually joining ... more on Wikipedia

Nani is ranked on...

#105 of 541 People who voted for Nani... People under 30 are 2x more likely to vote for this also upvote Harry Potter Franchise on The Most Rewatchable Movies The Best Current Soccer Players 1.7M VOTES The best current soccer players in the world are leading the charge as some of the most iconic stars in the history of ...
#40 of 122 Best Manchester United Players of All Time, Ranked 141.9k VOTES Whenever you think of soccer, the first team that's likely to come to mind is Manchester United. The club is by far and away...
#18 of 140 The Best Soccer Players from Portugal 26.5k VOTES The top soccer players from Portugal have won their national team several championships in several different leagues. Most r...

Nani is also found on...