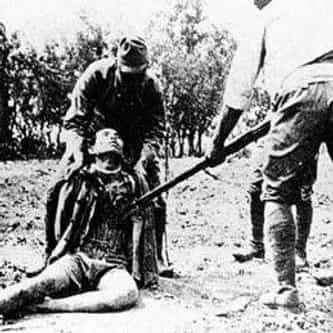 The Nanking Massacre or Nanjing Massacre, also known as the Rape of Nanking or Rape of Nanjing, was an episode during the Second Sino-Japanese War of mass murder and mass rape by Japanese troops against the residents of Nanjing, the capital of the Republic of China. The massacre occurred over six weeks starting December 13, 1937, the day that the Japanese captured Nanjing. During this period, soldiers of the Imperial Japanese Army murdered an estimated 40,000 to over 300,000 Chinese ... more on Wikipedia

Nanking Massacre IS LISTED ON