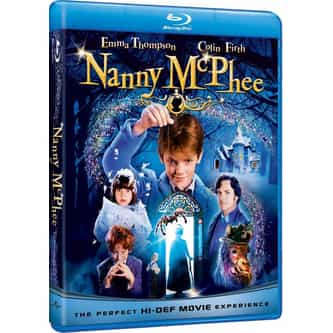 Tagline
You'll Learn To Love Her. Warts And All.

Nanny McPhee is a 2005 British fantasy film directed by Kirk Jones. The film stars Emma Thompson and Colin Firth. Thompson also scripted the film, which is adapted from Christianna Brand's Nurse Matilda books. It had a sequel released in 2010, titled Nanny McPhee and the Big Bang. The filming location is Hambleden, Buckinghamshire, England. ... more on Wikipedia

Nanny McPhee IS LISTED ON