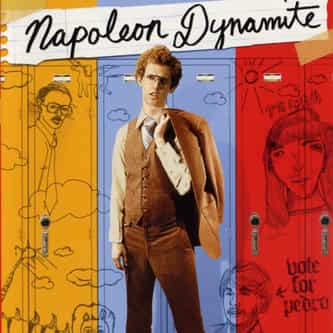 Napoleon Dynamite is a 2004 American independent art-house comedy film written by Jared and Jerusha Hess and directed by Jared. The film stars Jon Heder in the role of the title character, for which he was paid $1,000. After the film's runaway success, Heder re-negotiated his compensation and received a cut of the profits. The film was Jared Hess' first full-length feature and is partially adapted from his earlier short film, Peluca. Napoleon Dynamite was acquired at the Sundance Film ... more on Wikipedia

Napoleon Dynamite IS LISTED ON