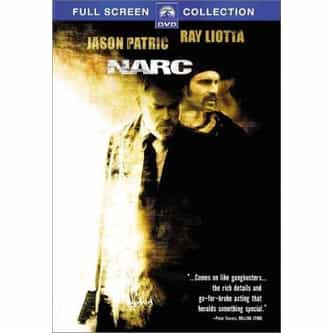 Narc is a 2002 American thriller film written and directed by Joe Carnahan and starring Ray Liotta and Jason Patric. The plot revolves around the efforts of two police detectives in search. As they investigate, they engage in unethical behavior and uncover dark secrets that will challenge their fragile relationship. ... more on Wikipedia

Narc IS LISTED ON