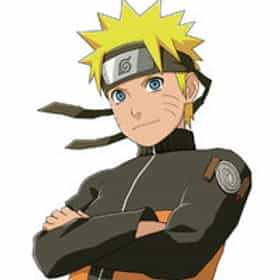 Naruto Uzumaki is a fictional character in the anime and manga franchise Naruto, created by Masashi Kishimoto. The eponymous protagonist of the series, he is a teenage ninja from the fictional village of Konohagakure. The villagers ridicule Naruto because of the Nine-Tailed Demon Fox—a malevolent creature that attacked Konohagakure—sealed in his body. To be recognized, he aspires to become the village's leader, the Hokage. His cheerful and boisterous personality lets him befriend other Konohagakure ninja, as well as ninja from other villages. Naruto appears in the series' films and in other media related to the franchise, including video games and original video animations. When ... more on Wikipedia

Naruto Uzumaki is ranked on...