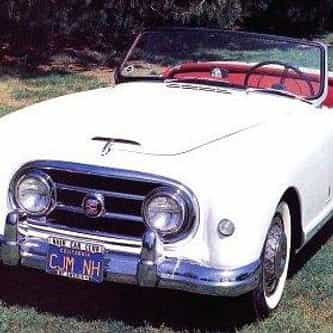 The Nash-Healey is a two-seat sports car that was produced for the American market between 1951 and 1954. Marketed by Nash-Kelvinator Corporation with the Nash Ambassador drivetrain and a European chassis and body, it served as a halo vehicle, or flagship car, for the automaker to promote the sales of the other Nash models. It was "America's first post-war sports car", and the first introduced in the U.S. by a major automaker since the Great Depression. The Nash-Healey was the ... more on Wikipedia