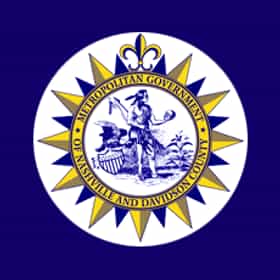 Nashville is the capital of the U.S. state of Tennessee and the county seat of Davidson County. Nashville is the second largest city in Tennessee and is the fourth largest city in the Southeastern United States. It is located on the Cumberland River in the north-central part of the state. The city is a center for the music, healthcare, publishing, banking and transportation industries, and is home to numerous colleges and universities. Reflecting the city's position in state government, Nashville is home to the Tennessee Supreme Court's courthouse for Middle Tennessee. It is known as a center of the music industry, earning it the nickname "Music City". Since 1963, Nashville ... more on Wikipedia

Celebrities Who Live In Nashville 26.7k views Nashville, Tennesse is known as "Music City." It is considered the home of country music. Fans of the genre flock ...

Nashville is ranked on...

Nashville is also found on...

Cleanest Cities in the US Forbes' Traveller List: 30 Most Visited Cities in US