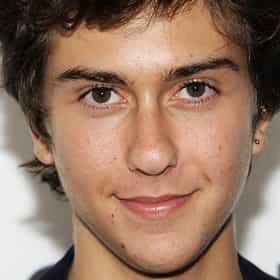 Nathaniel Marvin Wolff (born December 17, 1994) is an American actor, musician, and singer-songwriter. He gained recognition for composing the music for The Naked Brothers Band (2007–2009), a Nickelodeon television series he starred in with his younger brother Alex that was created by their actress mother Polly Draper. Wolff's jazz pianist father Michael Wolff co-produced the series' soundtrack albums, The Naked Brothers Band (2007) and I Don't Want to Go to School (2008), both of which ranked the 23rd spot on the Top 200 Billboard Charts. Following the ending of the Nickelodeon series, Wolff and his brother formed the music duo Nat & Alex Wolff, and they released the album Black ... more on Wikipedia

Nat Wolff is ranked on...

Nat Wolff is also found on...