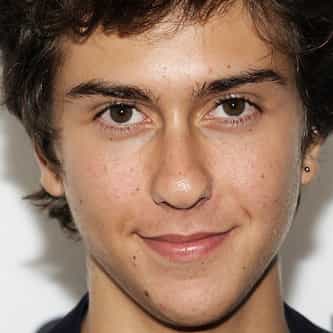 Nathaniel Marvin Wolff (born December 17, 1994) is an American actor, musician, and singer-songwriter. He gained recognition for composing the music for The Naked Brothers Band (2007–2009), a Nickelodeon television series he starred in with his younger brother Alex that was created by their actress mother Polly Draper. Wolff's jazz pianist father Michael Wolff co-produced the series' soundtrack albums, The Naked Brothers Band (2007) and I Don't Want to Go to School (2008), both of which ... more on Wikipedia

Nat Wolff IS LISTED ON