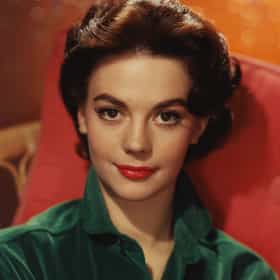 Natalie Wood (born Natalia Nikolaevna Zakharenko; July 20, 1938 – November 29, 1981) was an American actress who began her career in film as a child and became a Hollywood star as a young adult. Wood received three Academy Award nominations before she was 25. She began acting in films at age 4 and was given a co-starring role at age 8 in Miracle on 34th Street (1947). As a teenager, she earned a nomination for the Academy Award for Best Supporting Actress for her performance in Rebel Without a Cause (1955). She starred in the musical films West Side Story (1961) and Gypsy (1962), and she received nominations for the Academy Award for Best Actress for her performances in Splendor in the ... more on Wikipedia

The Best Natalie Wood Movies 3.2k votes List of the best Natalie Wood movies, ranked best to worst with movie trailers when available. Natalie Wood's highest grossi...
Weird Details In The Unsolved Death Of Natalie Wood That Make It Seem Suspicious 5.9k views Natalie Wood's death on November 29, 1981, was an unexpected tragedy that's been the subject of continued speculation for am...

Natalie Wood is ranked on...

Natalie Wood is also found on...