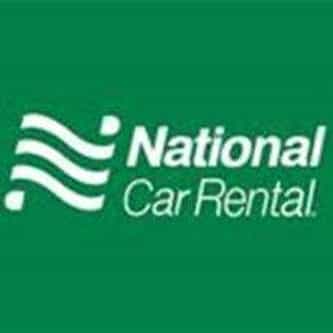 National Car Rental is a rental car company based in Clayton, Missouri. National was founded by 24 independent rental car agents on August 27, 1947. It has grown from 60 locations in the United States in 1947 to over 2000 locations worldwide as of 2005. National was owned by an investment group containing William Lobeck of Tulsa, Alvin Swanner of New Orleans and Archer McWhorter of Houston. Later sold in 1995 at an estimated price of $1 Billion. In 1996, National acquired the Canadian ... more on Wikipedia

National Car Rental IS LISTED ON