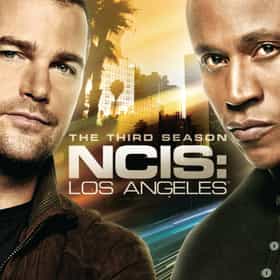 NCIS: Los Angeles is an American television series combining elements of the military drama and police procedural genres, which premiered on the CBS network on September 22, 2009. NCIS: Los Angeles is the first spin-off of the successful series NCIS, itself a spinoff of another CBS series, JAG. On October 7, 2009, CBS gave the series a full-season pickup, extending the first season to 22 episodes. The season was extended again on November 4, 2009, when CBS announced its order for an additional two episodes. Season 2 began airing on September 21, 2010. On May 18, 2011, CBS renewed the series for a third season. ... more on Wikipedia

NCIS: Los Angeles is ranked on...