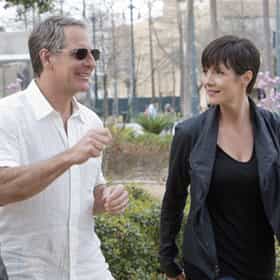 NCIS: New Orleans is an American television series combining elements of the military drama and police procedural genres that airs on Tuesday nights at 9 p.m. ET on CBS. It premiered on September 23, 2014, as part of the 2014–15 television season, following its parent series NCIS. The pilot was written by Gary Glasberg. The series' executive producers are Glasberg, Mark Harmon, Jeffrey Lieber, and James Hayman. The series is set and filmed in New Orleans. It is the third member of the NCIS franchise. On October 27, 2014, CBS placed a full season episode order for the first season. On January 12, 2015, NCIS: New Orleans was renewed for a second season. ... more on Wikipedia

NCIS: New Orleans is ranked on...