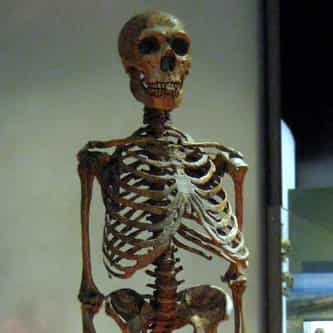 Neanderthals (UK: ; US: ; German pronunciation: [neˈan.dɐ.taːl]; Homo neanderthalensis or Homo sapiens neanderthalensis) are an extinct species or subspecies of archaic humans in the genus Homo, who lived within Eurasia from circa 400,000 until 40,000 years ago.Currently the earliest fossils of Neanderthals in Europe are dated between 450,000 and 430,000 years ago, and thereafter Neanderthals expanded into Southwest and Central Asia. They are known from numerous fossils, as well as stone ... more on Wikipedia

Neanderthal IS LISTED ON