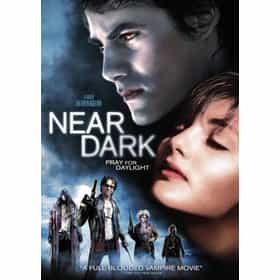 Near Dark is a 1987 American vampire Western horror film directed by Kathryn Bigelow and written by her and Eric Red. The story follows a young man in a small midwestern town who becomes involved with a family of nomadic American vampires. Starring then little-known actors Adrian Pasdar and Jenny Wright, the film was part of a revival of serious vampire movies in the late 1980s. The film did poorly at the box office upon release but subsequently was viewed favorably by critics. It has a sizable cult following. ... more on Wikipedia

Near Dark is ranked on...

Near Dark is also found on...

List of All Cult Classic Movies All Vampire Movies: List of Vampire Movies and Vampire Films List of All Teen Movies Movies with Cinematography by Adam Greenberg List of All Movies Released in 1987 Movies Distributed by Anchor Bay Entertainment