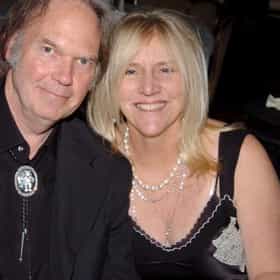 Neil Percival Young (born November 12, 1945) is a Canadian singer-songwriter. After embarking on a music career in the 1960s, he moved to Los Angeles, where he formed Buffalo Springfield with Stephen Stills, Richie Furay and others. Young had released two solo albums and three as a member of Buffalo Springfield by the time he joined Crosby, Stills & Nash in 1969. From his early solo albums and those with his backing band Crazy Horse, Young has recorded a steady stream of studio and live albums, sometimes warring with his recording company along the way. Young's guitar work, deeply personal lyrics and signature tenor singing voice define his long career. Young also plays piano and ... more on Wikipedia

The Best Neil Young Albums of All Time 5.3k votes Neil Young is a true music icon. He's known as one of the best folk singers, one of the best singer/songwriters, and one of ...
16 Interesting Facts About Neil Young You May Not Know 2.7k views Canadian-born singer-songwriter Neil Young has been a rock-and-roll icon and a political gadfly since the mid-1960s, taking ...

Neil Young is ranked on...

Neil Young is also found on...