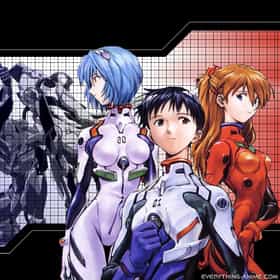 Neon Genesis Evangelion, commonly referred to as Evangelion or Eva, is a Japanese animated television series produced by Tatsunoko Productions and Gainax and directed by Hideaki Anno. It was broadcast on TV Tokyo from October 1995 to March 1996. The original Japanese cast includes Megumi Ogata as Shinji Ikari, Megumi Hayashibara as Rei Ayanami, and Yūko Miyamura as Asuka Langley Soryu. The music was composed by Shirō Sagisu. Evangelion is an apocalyptic anime in the mecha genre. The series is set in a futuristic Tokyo fifteen years after a worldwide cataclysm. The story centers on Shinji, a teenage boy who is recruited by the shadowy organization NERV to pilot a giant bio-machine ... more on Wikipedia

Neon Genesis Evangelion is ranked on...