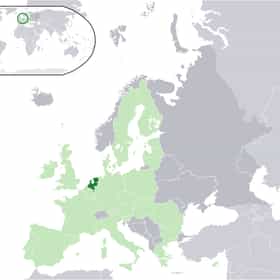 The Netherlands is the main constituent country of the Kingdom of the Netherlands. It is a small, densely populated country, lying mainly in Western Europe, but also including three islands in the Caribbean. The European part of the Netherlands borders Germany to the east, Belgium to the south, and the North Sea to the northwest, sharing maritime borders with Belgium, the United Kingdom and Germany. The largest and most important cities in the Netherlands are Amsterdam, The Hague and Rotterdam. Amsterdam is the country's capital, while The Hague holds the Dutch seat of government and parliament. The port of Rotterdam is the largest port in Europe – as large as the next three largest ... more on Wikipedia

Netherlands is ranked on...

Netherlands is also found on...