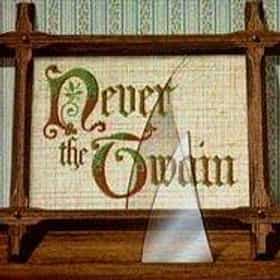 Never the Twain is a British sitcom that ran for eleven series from 7 September 1981 to 9 October 1991. It was created by Johnnie Mortimer, and was the only sitcom he ever created without his usual writing partner, Brian Cooke. Mortimer wrote the entirety of the first two series, one episode of the seventh, and five out of six episodes of the eighth, with the rest being mainly written by John Kane and Vince Powell. It starred Windsor Davies and Donald Sinden as rival antique dealers, and also starred Robin Kermode, Julia Watson, Honor Blackman, Teddy Turner, Derek Deadman, Maria Charles and Zara Nutley. It was made by Thames Television for the ITV network. Since it finished, it has ... more on Wikipedia

Never the Twain is ranked on...