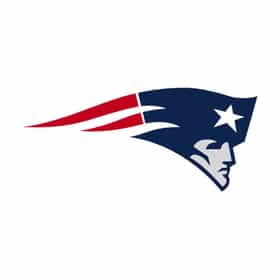 The New England Patriots are a professional American football team based in the Greater Boston area. The Patriots play their home games at Gillette Stadium in the town of Foxborough, Massachusetts. The team is part of the East Division of the American Football Conference in the National Football League. An original member of the American Football League, the Patriots joined the NFL in the 1970 merger of the two leagues. The team changed its name from the original Boston Patriots after relocating to Foxborough in 1971, albeit Foxborough is a suburb 22 miles away from downtown Boston. Since the arrival of head coach Bill Belichick in 2000, the Patriots have become one of the most ... more on Wikipedia

New England Patriots is ranked on...