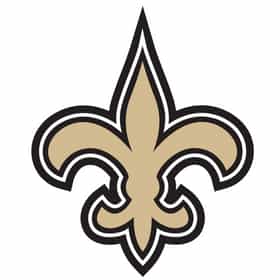 The New Orleans Saints are a professional American football team based in New Orleans, Louisiana. They are currently members of the South division of the National Football Conference of the National Football League. The team was founded by John W. Mecom, Jr. and David Dixon and the city of New Orleans. The Saints began play at Tulane Stadium in 1967. The name 'Saints' is an allusion to November 1 being All Saints Day in the Catholic faith, New Orleans' large Catholic population, and the spiritual "When the Saints Go Marching In", which is strongly associated with New Orleans and often sung by fans at games. The team's primary colors are old gold and black; their logo is a ... more on Wikipedia

New Orleans Saints is ranked on...

#14 of 105 People who voted for New Orleans Saints... People in the South are 2x more likely to vote for this Sports Teams With The Most Fanatical Fans 60.5k VOTES A crowdranked List of the most fanatical fans that ever rooted for their team. These are the sports teams with the most fana...
#31 of 32 Which Team Won The 2019 NFL Draft? 2.5k VOTES Every NFL team needs to improve to win the Super Bowl, and the NFL draft is among the most important ways a franchise can im...
#11 of 14 The All Time Greatest Sports Performances After Tragedies 664 VOTES One of the greatest things about sports is how it can bring people together and provide a sense of community. Never is this ...
#1 of 32 Who Do You Think Will Win Super Bowl LIII? 57.9k VOTES With the 2018 NFL draft concluded, there's now plenty of time and reason to start projecting who will win Super Bowl LIII - ...
#28 of 32 What Team Will Win Super Bowl 50? 6.1k VOTES With the 2015 NFL season coming to a close, it's time to ask the big question on the minds of millions of football fans out ...
#12 of 32 The Top NFL Teams of 2012 2.1k VOTES What are the top NFL teams of 2012? That depends. This list considers several factors, including of course, the weekly power...
#59 of 111 The Best Sports Teams Not Named After Animals 2k VOTES Sports teams have been named after animals since organized sports have been around, but did you ever wonder how many profess...
#3 of 32 Who Do You Think Will Win Super Bowl LIV? 9.3k VOTES UPDATE: The Kansas City Chiefs defeated the San Francisco 49ers to win Super Bowl LIV. It's time to start making 2020 Supe...
#2 of 32 The Best Fantasy Football Defenses Of 2019 271 VOTES The fantasy football rankings of defenses are always among the toughest aspects of drafting each year. While you're focused ...