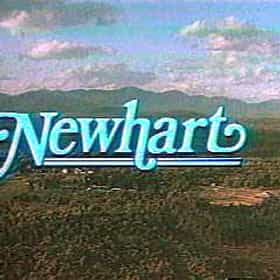 Newhart is an American television situation comedy which aired on the CBS network from October 25, 1982, to May 21, 1990. The series starred comedian Bob Newhart and actress Mary Frann as an author and wife who owned and operated an inn located in a small, rural Vermont town that was home to many eccentric characters. TV Guide, TV Land, and A&E named its series finale as one of the most memorable in television history. The first season of the show was shot on videotape before production switched to film for the remainder of the series. ... more on Wikipedia

Newhart is ranked on...

Newhart is also found on...