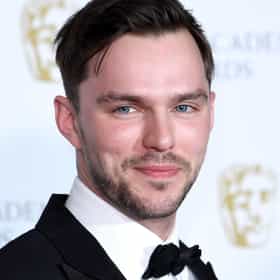 Nicholas Caradoc Hoult (born 7 December 1989) is an English actor. His body of work includes supporting work in big-budget mainstream productions and starring roles in independent projects in both the American and the British film industries. He has been nominated for such awards as a British Academy Film Award, and a Critics Choice Award. Hoult was included in Forbes magazine's 2012 list of 30 under 30. Born and brought up in Wokingham, Berkshire, Hoult was drawn to acting from a young age and appeared in local theatre productions as a child. He made his screen debut at the age of seven in the 1996 film Intimate Relations, and appeared in several television programmes between 1998 and ... more on Wikipedia

Nicholas Hoult is ranked on...

Nicholas Hoult is also found on...