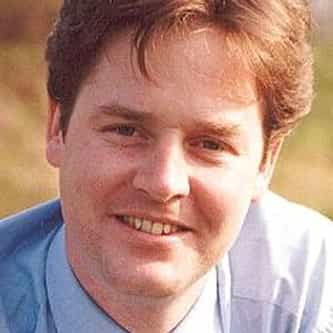 Sir Nicholas William Peter Clegg (born 7 January 1967) is a British former politician who served as Deputy Prime Minister of the United Kingdom from 2010 to 2015 and as Leader of the Liberal Democrats from 2007 to 2015. An "Orange Book" liberal, Clegg served as a Member of Parliament (MP) for Sheffield Hallam from 2005 to 2017 and has been associated with both socially liberal and economically liberal policies. He is Vice-President for Global Affairs and Communications at ... more on Wikipedia

Nick Clegg IS LISTED ON