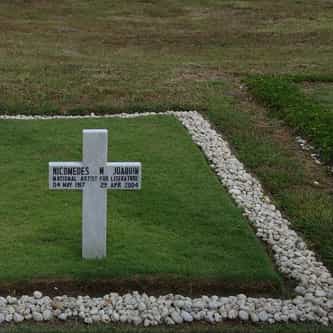 Nicomedes "Nick" Márquez Joaquín (May 4, 1917 – April 29, 2004) was a Filipino writer and journalist best known for his short stories and novels in the English language. He also wrote using the pen name Quijano de Manila. Joaquín was conferred the rank and title of National Artist of the Philippines for Literature. He has been considered one of the most important Filipino writers, along with José Rizal and Claro M. Recto. Unlike Rizal and Recto, whose ... more on Wikipedia