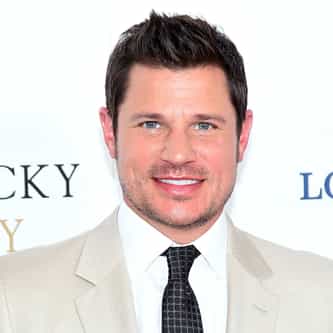 Nicholas Scott Lachey ( lə-SHAY; born November 9, 1973) is an American actor, singer, and television personality. He rose to fame as the lead singer of the multi-platinum-selling boyband 98 Degrees, and later starred in the reality series Newlyweds: Nick and Jessica with his then-wife, Jessica Simpson. He has released four solo albums: SoulO, What's Left of Me, A Father's Lullaby, and Soundtrack of My Life. He also had a recurring role on the television series Charmed. ... more on Wikipedia

Nick Lachey IS LISTED ON