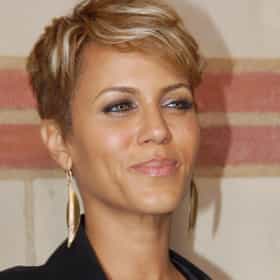 Nicole Ari Parker (born October 7, 1970) is an American actress and model. She made her screen debut with a leading role in the critically acclaimed independent film The Incredibly True Adventure of Two Girls in Love (1995) and went on to appear in Boogie Nights (1997), directed by Paul Thomas Anderson. Parker has starred in a number of movies, including Blue Streak (1999), Remember the Titans (2000), Brown Sugar (2002), Welcome Home Roscoe Jenkins (2008), Black Dynamite (2009), and Almost Christmas (2016). On television, Parker played the leading role of attorney Teri Joseph in the Showtime drama series Soul Food (2000-04), for which she received five NAACP Image Award for Outstanding ... more on Wikipedia

Nicole Ari Parker is ranked on...

#450 of 470 Famous Women You'd Want to Have a Beer With 782.9k VOTES If given the opportunity to sit down for a beer with any famous female figure, which famous women would you most want to get...
#14 of 70 Who Is The Most Famous Nicole In The World? 705 VOTES List of famous people named Nicole, along with photos. How many celebrities named Nikki can you think of? The famous Nicoles...