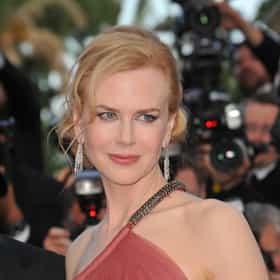 Nicole Mary Kidman (born 20 June 1967) is an Australian-American actress and producer. She is the recipient of multiple awards, including an Academy Award, two Primetime Emmy Awards, and five Golden Globe Awards. She was listed among the highest-paid actresses in the world in 2006 and 2019, and in 2018, Time magazine named her one of the 100 most influential people in the world.Kidman began her acting career in Australia with the 1983 films Bush Christmas and BMX Bandits. Her breakthrough came in 1989 with the thriller film Dead Calm and the miniseries Bangkok Hilton. In 1990, she made her Hollywood debut in the racing film Days of Thunder, opposite Tom Cruise. She went on to achieve ... more on Wikipedia

Nicole Kidman is ranked on...

Nicole Kidman is also found on...