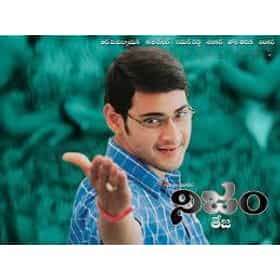 Nijam is a Telugu film released in 2003, starring Mahesh Babu and Rakshita in lead roles and actor T. Gopichand appears as the villain. Teja directed this film. Mahesh Babu and Rameshwari won the Nandi Awards in Best Actor and Best Supporting Actress categories respectively. The film was also dubbed into Tamil as Nijam. The film was dubbed as Meri Adalat in Hindi and remade as Arjuna in Oriya starring Anubhab Mohanty and Gargi Mohanty. ... more on Wikipedia

Nijam is ranked on...

Nijam is also found on...