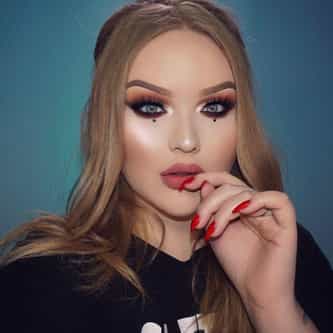 Nikkie de Jager (born 2 March 1994 in Netherlands), better known by her YouTube channel name NikkieTutorials, is a Dutch makeup artist and beauty blogger. She gained online popularity in 2015 after her YouTube video, "The Power of Makeup," went viral and inspired countless videos of women showing their faces with and without makeup. As of November 2017, her YouTube channel had more than 8 million subscribers. Forbes magazine named de Jager one of the top ten beauty ... more on Wikipedia

NikkieTutorials IS LISTED ON