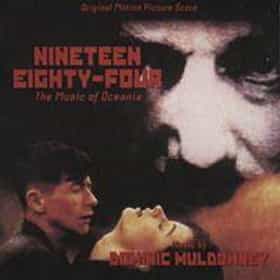 Nineteen Eighty-Four, also known as 1984, is a 1984 British dystopian drama film written for the screen and directed by Michael Radford, based upon George Orwell's novel of the same name. Starring John Hurt, Richard Burton, Suzanna Hamilton, and Cyril Cusack, the film follows the life of Winston Smith in Oceania, a country run by a totalitarian government. The film, which features Burton's last screen appearance, is dedicated to him "with love and admiration." ... more on Wikipedia

Nineteen Eighty-Four is ranked on...

Nineteen Eighty-Four is also found on...