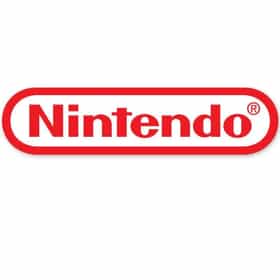 Nintendo Co., Ltd. is a Japanese multinational consumer electronics company headquartered in Kyoto, Japan. Nintendo is the world's largest video game company by revenue. Founded on September 23, 1889, by Fusajiro Yamauchi, it originally produced handmade hanafuda playing cards. By 1963, the company had tried several small niche businesses, such as cab services and love hotels. Abandoning previous ventures in favor of toys in the 1960s, Nintendo then developed into a video game company in the 1970s, ultimately becoming one of the most influential in the industry and Japan's third most valuable listed company with a market value of over US$85 billion. Nintendo of America is also the ... more on Wikipedia

Nintendo is ranked on...

#32 of 170 People who voted for Nintendo... Women are 2x more likely to vote for this also upvote Star Wars Franchise on The Best Movies of All Time The Best Logos in the World 105.2k VOTES The best logos in the world rank among some of the most iconic images, so it's no wonder they've found their way to a list o...
#1 of 47 Current 20+ Top Japanese Game Developers, Ranked 5.3k VOTES A list of the best Japanese game developers. These are video game developers currently headquartered in Japan. Video game de...
#20 of 180 People who voted for Nintendo... also upvote Star Wars Franchise on The Best Space Movies also upvote Jack Nicholson on The Greatest Actors & Actresses in Entertainment History Companies That Have The Best Branding 29.2k VOTES This is a list of the savviest brand managers in the business, ranked by the wisdom of the crowd. Anyone can contribute to t...
#3 of 14 The Most Impressive Brand Comebacks 1.4k VOTES Even a great brand occasionally falters, especially in this precarious age of the Internet. Occasionally, however, when a po...
#11 of 68 Tech Industry Dream Companies Everyone Wants To Work For 4.1k VOTES The top tech companies every web junkie wants to work for, ranked by techies worldwide. Anyone can add their dream jobs to t...

Nintendo is also found on...