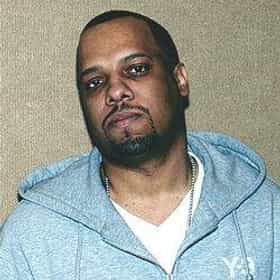 Ernest Dion Wilson (born June 23, 1971), professionally known as No I.D., formerly Immenslope, is an American hip hop and R&B music producer from Chicago, Illinois. Wilson is also a disc jockey (DJ), music arranger and rapper, having released an album in 1997, titled Accept Your Own and Be Yourself (The Black Album), under Relativity Records. He is perhaps best known for his early work with Chicago-based rapper Common. He has since become a heavily sought-out and high-profile producer, producing hit singles such as "Smile" by G-Unit, "Outta My System" and "Let Me Hold You" by Bow Wow, "Heartless" by Kanye West, "D.O.A." by Jay-Z and ... more on Wikipedia

#33 of 114 The Best Hip Hop Producers Right Now, Ranked 14.9k VOTES If you're wondering who made the beats for some of the biggest 2018 rap songs, check out this list of the top hip ...
Famous People Named Ernest 6.1k VIEWS If your name is Ernest, then you're in some great company. Here's our list of the most famous people named Ernest or Ernie, ...