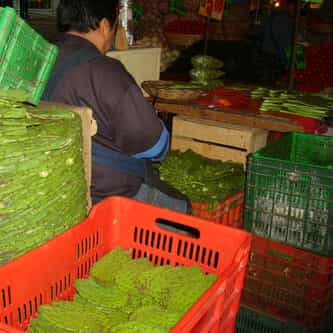 Nopal is a common name in Mexican Spanish for the plant, and the pads themselves, of the Opuntia cacti, in the subfamily Opuntioideae. There are approximately one hundred and fourteen known species endemic to Mexico, where the plant is a common ingredient in numerous Mexican cuisine dishes. The nopal pads can be eaten raw or cooked, used in marmalades, soups stews and salads, as well as being used for traditional medicine or as fodder for animals. Farmed nopales are most often of the ... more on Wikipedia

Nopal IS LISTED ON