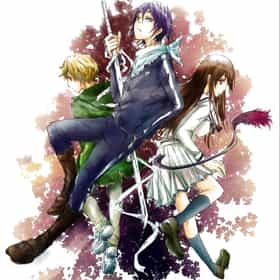 Noragami is a Japanese manga series by Adachitoka. An anime television series adaptation by Bones aired in Japan beginning from January 5, 2014 to March 23, 2014, with a total of 12 episodes. Hiyori Iki is a normal middle school student until she was involved in a bus accident while trying to protect a stranger. This incident causes her soul to frequently slip out of her body, and she becomes aware of the existence of two parallel worlds: the Near Shore, where regular humans and creatures reside, and the Far Shore, where demons and human souls linger. ... more on Wikipedia

Noragami is ranked on...