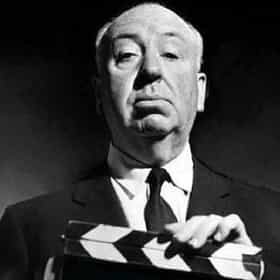 Notorious is a 1946 American spy thriller film directed and produced by Alfred Hitchcock, starring Cary Grant, Ingrid Bergman and Claude Rains as three people whose lives become intimately entangled during an espionage operation. It was shot in late 1945 and early 1946, and was released by RKO in August 1946. Notorious marks a watershed for Hitchcock artistically, and represents a heightened thematic maturity. His biographer, Donald Spoto, writes that "Notorious is in fact Alfred Hitchcock's first attempt—at the age of forty-six—to bring his talents to the creation of a serious love story, and its story of two men in love with Ingrid Bergman could only have been made at this stage ... more on Wikipedia

The Most Memorable Quotes From 'Notorious' 133 votes Relive the glory days of Hip Hop with the best quotes from Notorious. Based on the life and times of Christopher 'Biggie' Wa...

Notorious is ranked on...

Notorious is also found on...