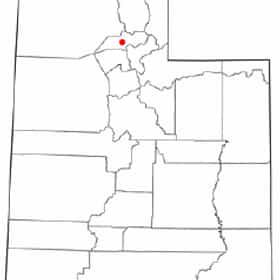 Ogden is a city and the county seat of Weber County, Utah, United States, approximately 10 miles east of the Great Salt Lake and 40 miles north of Salt Lake City. The population was 82,825 according to the 2010 Census. The city served as a major railway hub through much of its history, and still handles a great deal of freight rail traffic which makes it a convenient location for manufacturing and commerce. Ogden is also known for its many historic buildings, proximity to the Wasatch Mountains, and as the location of Weber State University. Ogden is a principal city of the Ogden–Clearfield, Utah Metropolitan Statistical Area, which includes all of Weber, Morgan, and Davis counties. The ... more on Wikipedia

Ogden is ranked on...

#149 of 287 The Best U.S. Cities for Vacations 34.5k VOTES Vacationing in cities may not be as restful as spending a week or two out by the lake, and it may not always be the best opt...

Ogden is also found on...