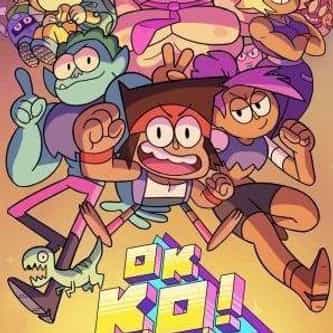 OK K.O.! Let's Be Heroes is an American superhero comedy animated series created by Ian Jones-Quartey. It is set in the futuristic year of 201X, where the world is populated by video game and manga-esque characters. The series follows the titular character, K.O., and his efforts to become the world's greatest hero, while working at Gar's Bodega (run by the no-nonsense Mr. Gar), a hero supply shop in the Lakewood Plaza strip mall. ... more on Wikipedia

FANS OF OK K.O.! Let's Be Heroes ALSO LIKE

OK K.O.! Let's Be Heroes IS LISTED ON