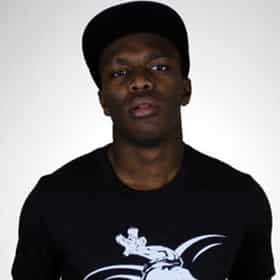 Olajide "JJ" Olatunji, better known by his YouTube username Ksiolajidebt, is an English video game commentator, comedian and rapper. He is also referred to as simply KSI. He is best known for his YouTube channel, which has, as of April 2015, over 9 million subscribers. He is of Nigerian descent and can sometimes be seen wearing traditional Nigerian dresses in his videos. His stage name comes from a gaming community he was in, his real name Olajide, and BT British Telecom, according to his website. His videos mostly consist of FIFA gameplay/commentary, whilst playing other games on various platforms with the occasional vlog. He has also appeared on a few of different shows ... more on Wikipedia

Olajide Olatunji is ranked on...

#23 of 60 The Most Popular YouTubers Of 2019 8.6k VOTES This list features the most popular YouTubers of 2019. PewDiePie is in the top slot, surprising no one. But does your favori...
#12 of 20 Who's Your Favorite CloutGang Member? 29.1k VOTES Let's vote for your favorite CloutGang members! Co-founded by FaZe Banks and RiceGum, CloutGang is a group of YouTubers&nbsp...
#38 of 154 The Best YouTubers Of All Time 296.7k VOTES With YouTube increasingly showing up in the headlines, some of the best YouTubers in the business are crossing over into the...