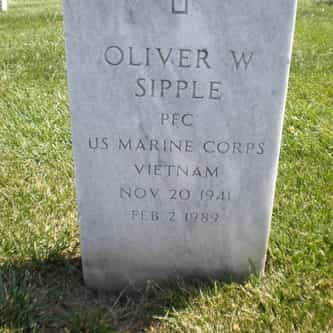 Oliver Wellington "Billy" Sipple (November 20, 1941 – February 2, 1989) was a decorated U.S. Marine and Vietnam War veteran, who was left disabled by the war. On September 22, 1975, he grappled with Sara Jane Moore as she fired a pistol at U.S. President Gerald Ford in San Francisco, causing her to miss. The subsequent public revelation that Sipple was gay turned the news story into a cause célèbre for LGBT rights activists, leading Sipple to unsuccessfully sue ... more on Wikipedia

367.5k readers This Unknown Hero Saved A US President's Life And Was Rewarded By Having His Life Publicly Destroyed

Oliver Sipple IS LISTED ON