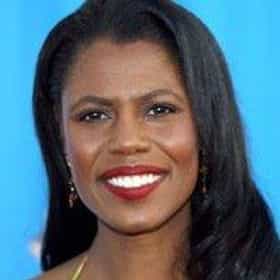 Omarosa Onee Manigault Newman (; born February 5, 1974), often mononymously known as Omarosa, is an American reality television show participant, writer, and former political aide to President Donald Trump. She became widely known as a contestant on the first season of NBC's reality television series The Apprentice. After becoming assistant to the president and director of communications for the Office of Public Liaison during the Trump administration in January 2017, Newman resigned the White House on December 13, 2017. Subsequently, she competed on the first season of Celebrity Big Brother, making it to the final five of the season. In August 2018, Newman published Unhinged, ... more on Wikipedia

From The White House To Big Brother Celebrity Edition: Omarosa's Bizarre Fall From Trump's Graces 25.1k views Love her or hate her, you must admit Omarosa is a compelling figure. Given her high-profile exodus from the White House and ...

Omarosa Manigault is ranked on...

#11 of 27 All Of Donald Trump's Nicknames For People, Ranked By How Inappropriate They Are 8.9k VOTES As a man who often speaks in short, declarative spurts, President Donald Trump loves a good nickname, naturally. I...
7 Famous People Who Lost Fiances 25.3k VIEWS List of celebrities who lost fiances or significant others, loosely ranked by fame and popularity. A few famous people hav...
#32 of 32 Celebrities We Want To See On Worst Cooks In America 115 VOTES This is a list of stars we would love to see compete on Worst Cooks in America: Celebrity Edition, under the tutelage of cel...
Your Favorite Reality TV Show Villains: Where Are They Now? 5.1k VIEWS Every great reality show has one thing in common: A memorable villain. Where did your favorite reality show v...
All The Utterly Bizarre Jobs Trump's Administration Appointees Have Had Before The White House 4.2k VIEWS It's not uncommon for US presidents to hire a few campaign workers and longtime supporters for administration roles, but wha...

Omarosa Manigault is also found on...