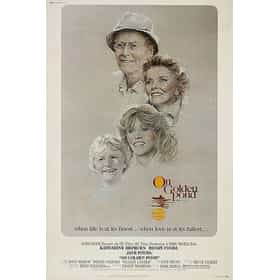 On Golden Pond is a 1981 American drama film directed by Mark Rydell. The screenplay by Ernest Thompson was adapted from his 1979 play of the same title. Henry Fonda won the Academy Award for Best Actor in what was his final film role. Co-star Katharine Hepburn also received an Oscar, as did Thompson for his script, and there were a further seven Oscar nominations for the film, including Jane Fonda, who played the daughter. The film co-starred Dabney Coleman and Doug McKeon. ... more on Wikipedia

On Golden Pond is ranked on...

On Golden Pond is also found on...

Romance Movies and Films List of All Movies Released in 1981