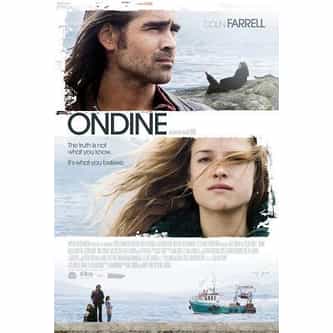 Ondine is a 2009 Irish romantic drama film directed and written by Neil Jordan and starring Colin Farrell and Alicja Bachleda. The film was shot on location in Castletownbere, Ireland, and touches the possible existence of the mythological selkie bringing hope and love to humans they so much want to become. The film had its North American premiere as part of the Toronto International Film Festival on 14 September 2009 in Toronto, Canada, and European premiere as part of the Jameson Dublin ... more on Wikipedia

Ondine IS LISTED ON

#18 of 40
2.3k VOTES The Best Colin Farrell Movies
#33 of 43
822 VOTES The Best Movies About Ireland
#12 of 23
139 VOTES The Best Tony Curran Movies
#176 of 197
3.6k VOTES The Best 14A Drama Movies
Famous Movies From Ireland Romance Movies and Films List of All Fantasy Movies Movies Distributed by Magnolia Pictures