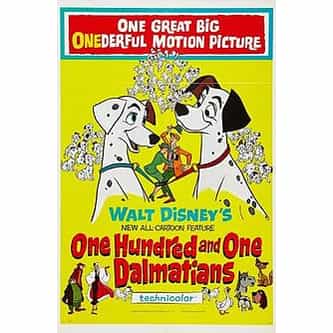 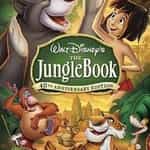 One Hundred and One Dalmatians, often written 101 Dalmatians, is a 1961 American animated adventure film produced by Walt Disney Productions and adapted from Dodie Smith's 1956 novel of the same name. It is the 17th animated feature in the Walt Disney Animated Classics series. It stars Rod Taylor and Cate Bauer as, respectively, the voices of Pongo and Perdita, its canine protagonists, and Betty Lou Gerson as the voice of Cruella de Vil, its antagonist who takes their puppies. The film was ... more on Wikipedia

101 Dalmations IS LISTED ON

tennessee children's home society movie, Best Roadsters of All Time, songs with Band in the title, clemson running back, best family action movies, bad sports movies, movies with the word wild in the title, films to watch on a sunday, spirited away oscar, in the water country song