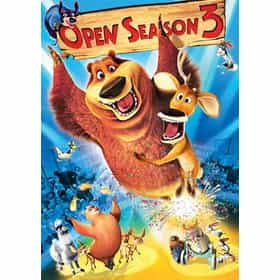 Open Season 3 is a 2010 American computer-animated comedy film. It is the third and final installment in the Open Season film series, following Open Season and Open Season 2. The film was directed by Cody Cameron and produced by Sony Pictures Animation and Reel FX Creative Studios. It theatrically premiered in Russia on October 21, 2010 and was released as a direct-to-video in the United States on January 25, 2011. Many of the previous actors reprised their roles, with the exception of Mike Epps, Joel McHale, Jane Krakowski, Billy Connolly, and Jon Favreau. They are joined by new characters that are voiced by Matthew J. Munn, Melissa Sturm, Dana Snyder, Karley Scott Collins, Ciara ... more on Wikipedia